Upgrade from version 1.x —
Price to upgrade from the DOS SHEAR program 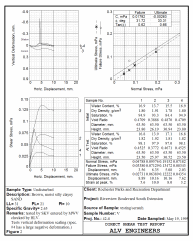 SHEAR is site licensed. One license fee covers unlimited installations at a single address and there are no ongoing maintenance costs.